We tested the strength of toilet paper using newton meters and its absorbency using measured ml of water. We completed the tests three times to create an average. Can you guess which one won? Let’s just say it was soft, strong and very long. 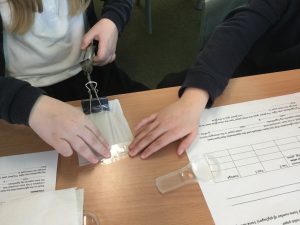 After all the science tests, it was time to see what it was like to be mummified ( only the bandages part of of the operation). 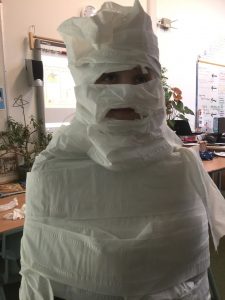 We have not found any evidence so far that Ancient Egyptian mummies climbed trees, but we will keep researching. 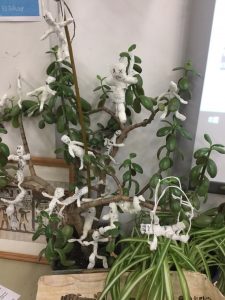 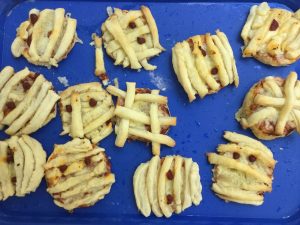 Instead of dressing up themselves this year, Herons practised their creative skills to “Dress-a-potato” as a book character during World Book Day celebrations. 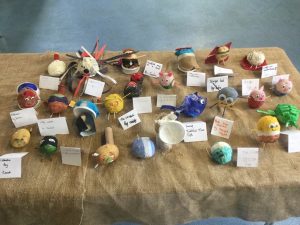 Contact Hannah Goodall in the school office on 01603 720402 or office@salhouse.norfolk.sch.uk for any information or queries.

Our Special Educational Needs Coordinator (SENCo) is Mrs Sandie Robinson who can be contacted through the school office.

Our school is a happy and safe community where everyone shares a love of learning.

Our Christian values of respect, responsibility, courage, trust, perseverance and compassion are at its heart.